A History of Innovation

In 1996, the birth of Dolly the Sheep, the first animal ever to be cloned from an adult animal cell, put The Roslin Institute in the world’s spotlight. Whilst a significant innovation, it is easy to forget that this was only one step in what is a long history of cutting edge in animal science innovation at the Institute and Edinburgh University, and the history of delivery and impact has continued on since Dolly was born. This depth and history of research excellence underpins the activity of Roslin Technologies. Edinburgh has a very long history of being at the cutting edge of innovation in animal health genetics and genomics. The Royal Dick Veterinary School is one of the oldest Veterinary Schools in the World, having been founded in 1823, and has established a strong global reputation for excellence. Edinburgh has also secured a global reputation as a centre of excellence for research in animal genetics and breeding. In the early 1900s, scientists at Edinburgh carried out breeding studies involved zebras and horses to understand how physical characteristics, such as coat markings and colour, could be passed from one generation to the next. In 1919 the University formally established the Institute of Animal Genetics (IAG), which provided a platform to develop a global reputation for research excellence in theoretical and experimental animal genetics and genomics. 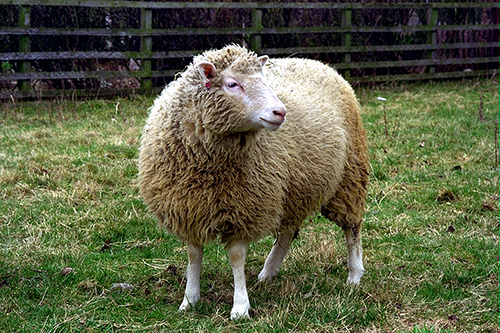 Pioneering research on genetic mutations to study how genes work had in fact been carried out in Edinburgh since the 1930’s, long before the Roslin Institute was formally established in 1993. Nearly 100 years after the IAG was first established, the University of Edinburgh’s Easter Bush Campus has the largest concentration of animal science related expertise in Europe.  Many of the leading researchers in animal breeding and genetics will have also at least some link to Edinburgh, and a large proportion of the global population have heard of Dolly the sheep! But it didn’t end there, below is a list of some of the more recent key milestones and innovations that researchers at The Roslin Institute and the University of Edinburgh Veterinary School have either led or played an import part in delivering:

2004 – Publication of the chicken reference genome

2005 – Production of a functional ‘humanised’ proteins in the eggs of transgenic hens.

2011 –Production of transgenic chickens that do not transmit bird flu

2012 – Publication of the  pig reference genome

2014 –Publication of the sheep reference genome

2014 – Development of a high density SNP chip for salmon

2014 – Development of genomic predictors of Tuberculosis resistance in dairy cattle

More information on the history of animal science at Edinburgh can also be found at: