A transgene is a gene or genetic material that has been transferred naturally, or by a number of genetic engineering techniques from one organism to another. The introduction of a transgene through genetic engineering offers a means to develop animals that can produce a protein that it would not otherwise produce. The protein may convey a characteristic of interest in the animal, such as resistance to a specific disease, or a product of interest in its own right, such as a therapeutic protein that can be used in human or animal medicine.

For the latter, it is also possible to influence expression patterns such that the protein is expressed in tissues that make it easier and less costly to harvest, such as mammary tissue in mammals (so that it is excreted in milk), or oviduct tissue in hens (so that it is secreted in eggs).

The transgenes can also be incorporated in areas of the genome that ensures disruption to other important biological processes, that could have adverse effects on the animal’s welfare, are avoided. The ability to ensure that has increased over the last 10 years in particular, as a result of dramatic improvements in the quality and annotation of the reference genomes available for the species of interest. 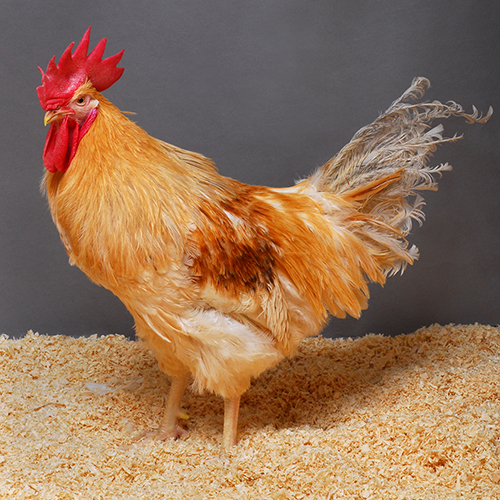 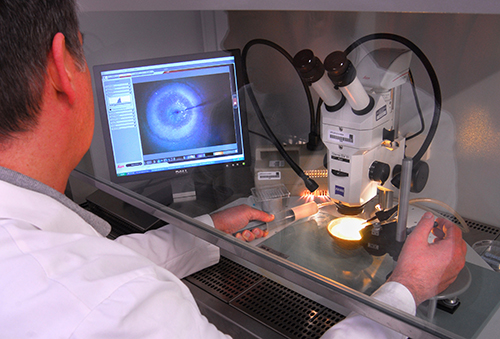 For more than 20 years, scientist at the Roslin Institute have been at forefront of the advancements in developing transgenic livestock species. Over that time, they have successfully produced a number of transgenic models in different species of livestock; such as sheep expressing clotting factor IX in milk, hens that produce humanised proteins in eggs, chickens that do not transmit avian flu, and a large animal (pig) model for a human disease (cone dystrophy). More details on timeline for these developments can be found in the section on the History of Innovation.

Through this wealth of knowledge and experience, the team is well placed to develop other transgenic livestock with gene targets of interest.

The development and validation of transgenic animal models is available as a commercial service through Roslin Technologies.

If you have an interest in developing a specific model, please contact us to discuss your requirements further.