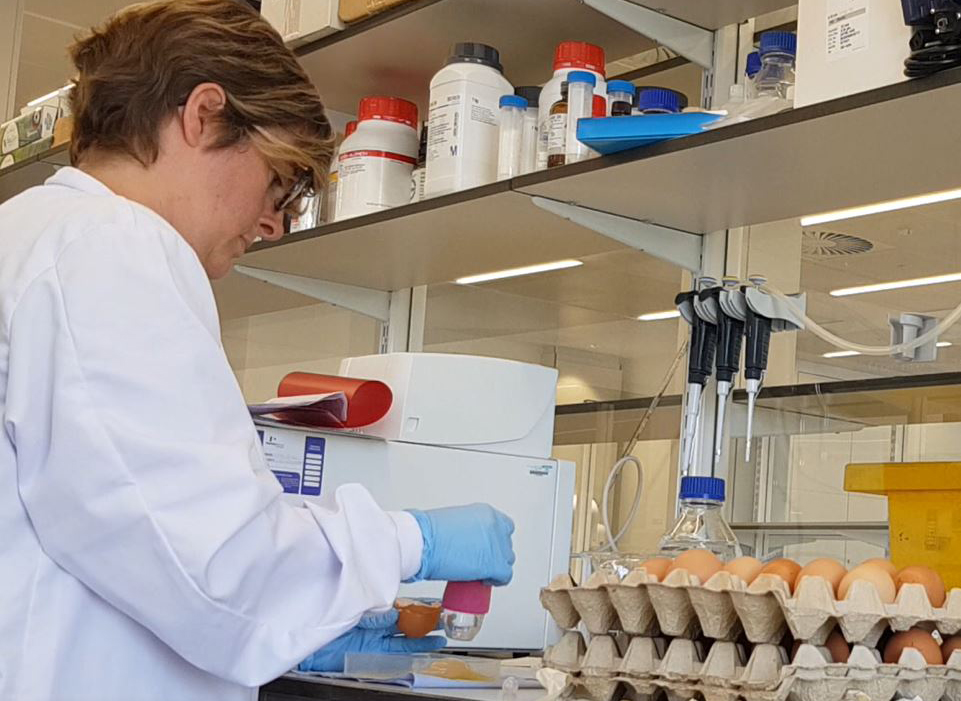 At Roslin Tech, one of our most interesting product lines are the proteins produced by transgenic chickens developed by scientists at the Roslin Institute and commercialised through our Eggcellent Proteins platform.

The technology is cutting edge: our chickens have been genetically modified so that they express high levels of target proteins in their egg whites, which can then be used in the production of tools for research and potentially animal and human medicines.

Often with newfangled technology it’s expected that the cost is higher than in previous methodologies, given the effort and expense that’s gone into development. What’s striking about our platform is that the protein production through our chickens could be as much as 100 times cheaper than synthetic manufacture in a factory. With proteins that are biologically active but can produced at a fraction of bacteria-based expression systems, we have the ideal platform for any company or researcher looking to  work with Porcine CSF1-Fc, Human CSF1-Fc, Canine CSF1-Fc, Human interferon α 2α and Trastuzumab proteins.

BACK TO ALL NEWS
This site uses cookies. Find out more.